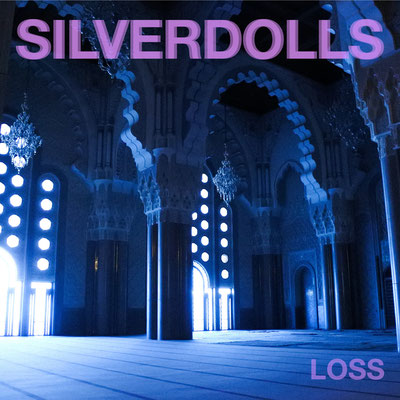 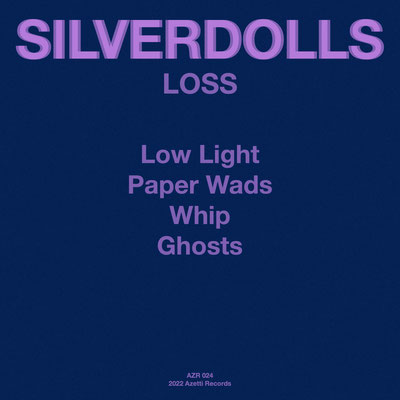 Our new EP 'Loss' is now available on Bandcamp and Soundcloud.

We've got some shows coming up!

Listen to Spinning on Repeat. Now.

Yey! You can now listen to the first song of our upcoming EP on band camp.  Here you go.

It's going to be released as a Split 12" and Tape with our friends of Umami on one side and five brand new Silver Dolls Songs on the other. We're really happy about this.

As you may have noticed, we're back. Johannes left to continue with his band Zitronen Püppies. Manfred Adler of Mirrorbirds, Brushes Held like Hammers and The European Translation of joined us on guitar and vocals.

Right now we're recording a couple of new songs to be released on a split 12'' this following winter. Hope to see you at one of our upcoming shows this winter. More news soon!

Winter is over and we're looking forward to enjoy this summer.

There won't be too many shows this summer cause people decided to pack up their backpacks and go traveling...

But we will be working on some new songs and ideas and are planning to get back on the stage un September or October.

In the meantime, have a  great time and check back for dates and news!

And remember. You can still download out albums for free or order nice vinyl versions on silverdolls.bandcamp.com

Another review of our album.

American Fanzine "Raised by Gypsies" reviewed our album. The Cassette version. Have a look.

or read it here:

"I've been listening to a lot more cassettes lately featuring rock n roll, which is just a broad way of stating that it's shifting away from experimental and noise could be just as broad a term, and as I'm listening to them the one thing that becomes clear to me is that in this modern day and age of music it might be hardest of all to find that one rock n roll band that sounds like another specific band.

At some point in time I imagine there were only a handful of bands to compare music with but in time that number only grew and when you think about the state of music in general in 2015 you have to admit that there are more bands than ever now.   This can only lead to a wider variety of influences which in turn leads to more combinations of sounds which I feel could truly put us at the best possible time to experience rock n roll (and quite possibly, simultaneously, the worst time as well)

There is an understated classic rock feel to Silver Dolls and while I can't put my finger on it I'd be willing to simply suggest that it could be found on a classic rock radio station.    With that comes tones of something like Pinback, which I'm not sure whether or not to consider "modern" since I've been listening to them for what has to be at least a decade now, but they are still somewhat more current.

The drumming on here is quite excellent and noteable, but the biggest stand out would be the variations of guitars.    This can go anywhere from the controlled chaos of a band such as At-The-Drive-In to the more distorted filled Metric.   It can hold a darker, serious tone like Ten Foot Pole but can also have that "Cat's in the Cradle" vibe along with it, which of course takes us back in time again.

While the songs themselves seem to have a consistent theme of saying goodbye, this cassette somehow manages to have the opposite affect on me as I feel it with more of a fond nostalgia than anything I've come to let go of by choice or not.    There was once a time when The Militia Group (a record label that may or may not still exist) was putting out some of the best music by artists such as The Beautiful Mistake, The Lyndsay Diaries, The Rocket Summer, The Pale (Pacific) and Tora Tora Torrance to name a few.    I am reminded of those days, of going to the Hawk's Nest at U-Ha for free shows, and this particular version of rock n roll isn't comparible with any other band so much as it is a time machine, a proverbial fountain of youth even."

Back at Glockenbachwerkstatt. This time with Munich based Loop-Indie-Band Twin Tone Trigger.

There will be an exhibition of photographs taken by Munich photographer and musician (F.S.K.) Wilfried Petzi and Not Yet will be doing visuals for our show.

... to create a website. But here it is.  Check out some pics and clips.